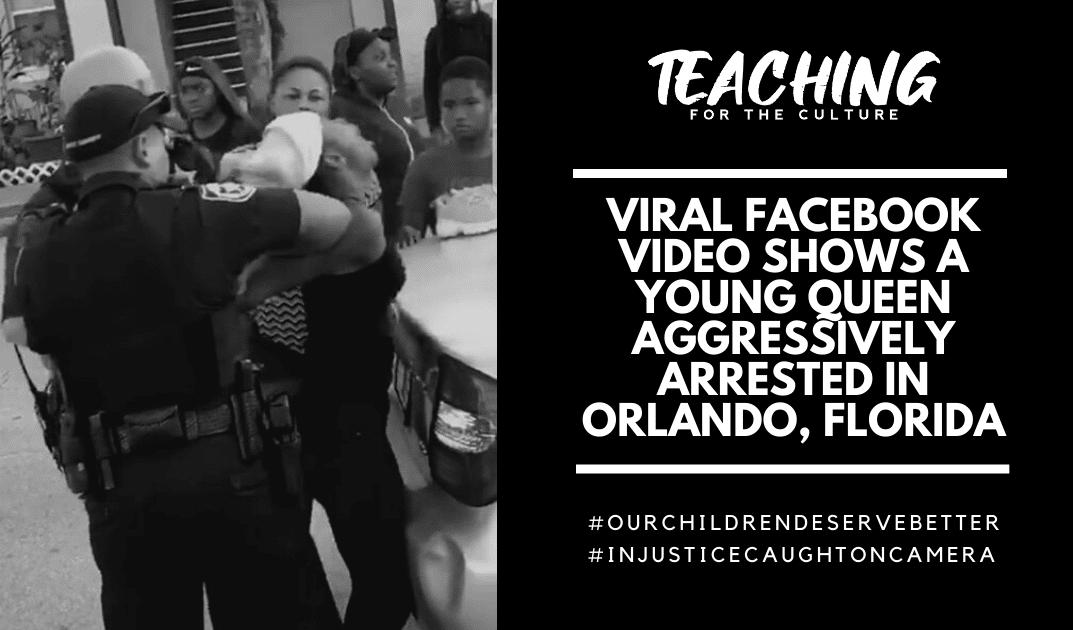 A viral video shows police using excessive force and yelling at the children in Orlando, Florida. In the video, you can watch as the officer grabs the hair of a Young Queen with force while already restrained. The officer yanks her head back causing a reaction with the children surrounding the incident and a scream from the Young Queen. The officer continues to walk while holding her hair until they reach the police car. You can watch the tears run down her face.

The children surround the police and the agitated officer pulls out his police baton. The officer is quoted in the video saying, “I’m tired of everybody here. This is because you are silly. You all are stupid little children.”

The Orlando Police Department issued the following statement,”That deputy’s behavior and actions violated many policies, our standards, but more importantly, the visions and expectations I’ve set as sheriff and definitely will not be tolerated,” he said. “I want our deputy sheriffs to know that as well, and I hope this sends a strong message not only to our community but also to our deputy sheriffs.”

Mina said the deputy was immediately removed from the school Friday morning and was fired later in the day.

What would you do if this was your child? We need to protect our children. None of this was okay. Our children deserve so much better. It’s also important to mention that the Orlando Police Department did not release the name of the fired deputy. It’s a shame.