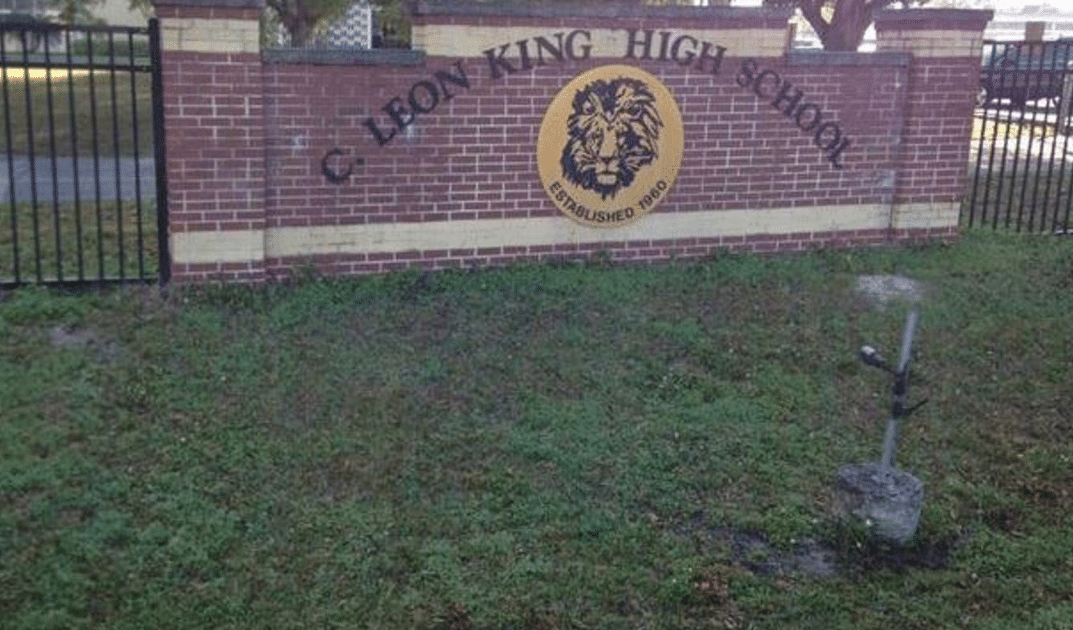 Disrespect to our ancestors continues in Tampa.

On Friday, the Hillsborough County School District announced a pauper’s cemetery might be located on the grounds of King High School. During the press conference, the district promises to be open and transparent with the community.

The Tampa Bay Times pulls the receipts and believes people may have been buried where King High School gymnasium now stands.

This news comes after at least 127 coffins were discovered by archaeologists at Zion Cemetery. Zion Cemetery is now under a portion of the Robles Park Villiage.

Jeff Moates, the regional director for the Florida Public Archaeology Network said the radar can run over the parking lot. This equipment might not detect graves under the school building.

We have no idea where Ridgewood Cemetary is located but we do know it was either ignored or forgotten. This is the second uncovered incident in Tampa where African Americans were buried and properties were built on top of them. Segregation existed in life and death. This is disrespectful!

We need to address the continued disrespect of our ancestors and the gentrification in this city. The investigation is still ongoing to find the location of Ridgewood Cemetery.