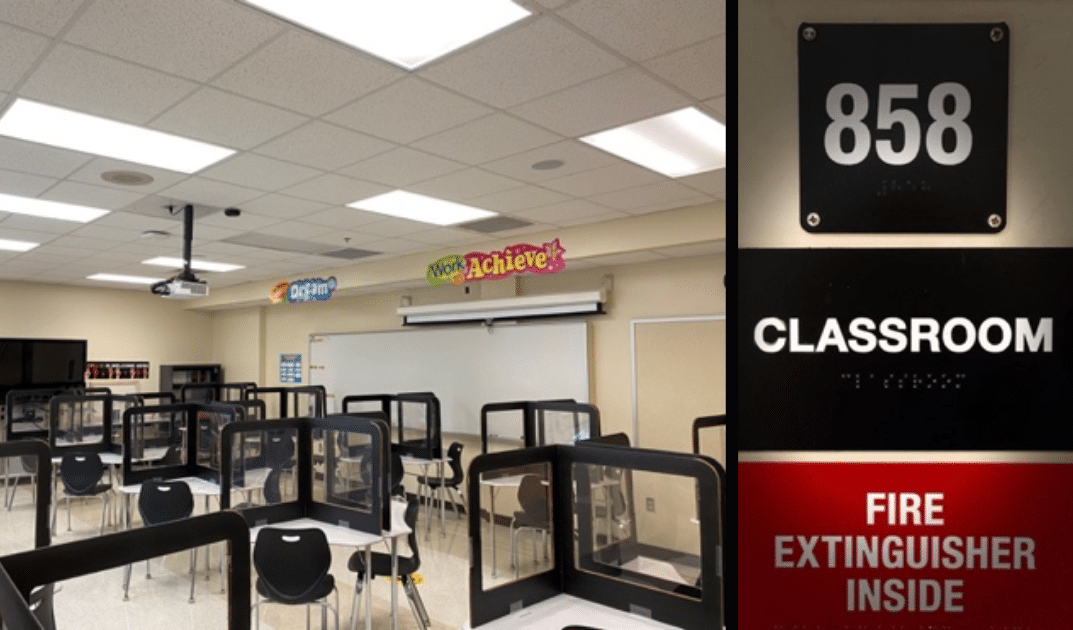 JACKSONVILLE, Fla. (TFTC) — Liltera Lewis made the heartbreaking decision to resign from her English teaching position at Robert E. Lee High School, citing the pandemic as the primary cause.

According to Lewis, she was already hesitant about returning to the classroom for the 2020/2021 calendar year. After the recent death of a mentor/colleague/friend, she realized just how disposable teachers had become. Although she loved writing and teaching, something she knew deep in her heart that she was born to do, she submitted her resignation.

Lewis had worked for the district for five years.

Administrators at Robert E. Lee High School had adopted the hybrid learning model – a mix of both on-campus and off-campus learning. Lewis said the virtual learning hindered the successful transition of back-to-school and more students were coming on-site.

She said as cases rose, attendance waned because of the strict quarantine precautions. As such, Lewis said the school secretary was continually making phone calls to find substitute teachers.

The school did provide PPE kits that included desk barriers and sanitizer, but it seemed that Mrs. Lewis couldn’t replenish her own empty cans of Lysol and disinfectant wipes fast enough as promises of deep cleaning by custodial staff were left unmet.

Liltera Lewis said classes were cut short than the required 45 minutes of instruction time to ensure students were protected as they moved through the school. She said teachers would remind students to pull their masks up (to cover their noses and mouths) and hand out new masks to those students needing a clean one.

Lewis said her ultimate decision of quitting the job she grew to love came after her co-worker’s death, Mrs. Yashica Fowler.

Lewis said, “Yashica saw my value as a fellow educator, and openly welcomed my impact on her son Keith. She always treated me like family.”

According to Lewis, it was Fowler who inspired her to be proud of the person she is. And, her death inspired Lewis to take a closer look at the school’s response – how they treated the pandemic and teachers. She said it felt like the school functions as if they didn’t exist, sending them emails about asinine stuff in light of the heartbreak happening.

Lewis said she and other teachers didn’t feel like they were treated with care and dignity. She said it was as if the school didn’t care about the pain they were going through.

Lewis submitted her resignation letter just shy of her fifth anniversary, with another five teachers doing the same. Her resignation ends the nostalgia of room 858 that many students had come to expect. Lewis knows her impact on the kids is felt. Many have shared emotional responses about her departure and her effect on them.

Read some of Liltera’s blog posts about her teaching experience: