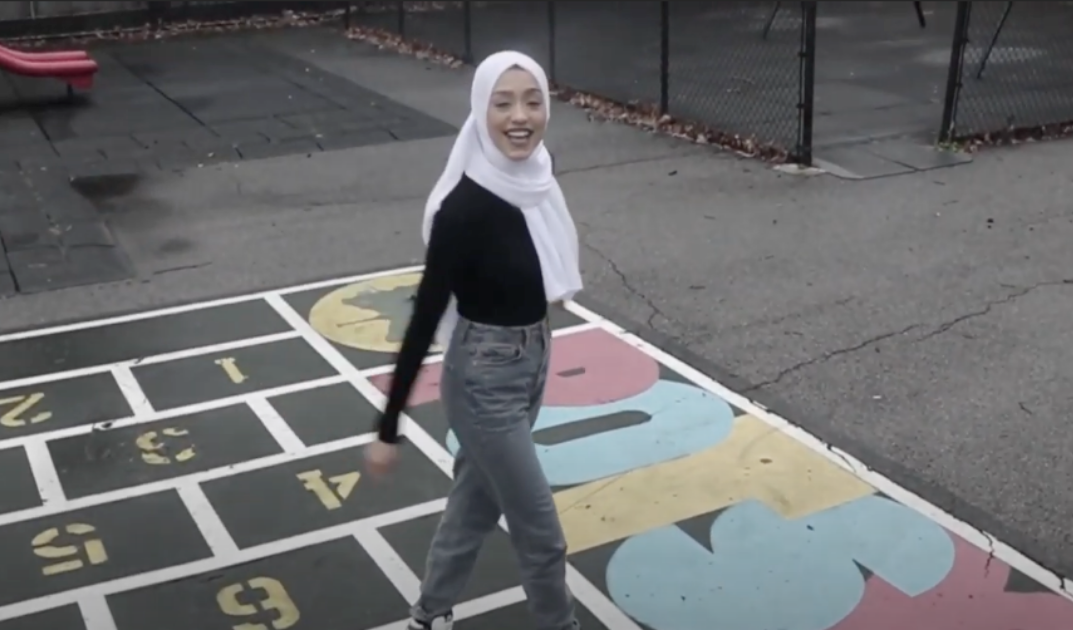 Ms. Salah, a kindergarten teacher at Mort Elementary in Tampa, FL., has gone beyond her comfort zone to inspire her children to be who they are. Along with the help of other teachers, she created remixes to teach children of all ages.

Muna Salah, who was initially in college to become a nurse, decided that she wasn’t happy with her life direction. She started thinking about where she felt most comfortable, and her mind wandered to her days as a student.

Despite the repeated calls not to give up nursing, Salah went for her dream and worked to get her education degree. Even though both parents loved her and were in the home, she spent more time in school. Her kindergarten and fifth-grade teachers pushed her, as she said, “to get my crap together.” She wanted to be the kind of teacher/mentor students could look up to.

Ms. Salah knows there are kids like her that need extra attention.

“Just think about the kids in school now with both parents in jail. Or think about those kids who are in foster homes. Or, those kids who have nothing and those who do have two parents but are still lost. Imagine children who give up their childhood to raise a child or their siblings.”

She said it pains her to know other teachers negatively say “that student” because she was that student.

It began with another kindergarten teacher who mentioned the Dr. Seuss’ “There’s a Wocket in my Pocket” book. Although she wanted to remix the song “I Can” from Nas, she didn’t have the belief in herself to make it happen. However, with a bit of confidence from two other teachers, she participated in the pep rally, performing a “Wocket in my Pocket” remix.

Ms. Salah said, “The kids loved it and asked when I was going to make a mixtape. They wanted more.”

She has since done a rap to “Green Eggs and Ham” by Dr. Seuss and a remix to Nas’ “I can.” You can watch both of these songs on YouTube:

Her goal was to make children understand that they have to believe in themselves before anybody can believe in them. She often asks the kids one question, “What is it you want in your life?”

Salah also encourages her children to show their vulnerability. She doesn’t see it as a sign of weakness but rather strength. For Salah, showing vulnerability is an extension of who a person is and teaches them to grow and learn. When she makes her YouTube videos, she is showing her vulnerability.

Although uncomfortable making videos (even if it doesn’t show), it’s her way to reach the students who need or want it. Although community support is good, she tries not to stick with the community support. She said her videos were likely to go viral, but reaching the right people was more important than going viral.

This kindergarten teacher reminds her kids to take criticism and praise the same way, but, in the end, do what they love even if it makes them uncomfortable.

Ms. Salah said, “Get uncomfortable, follow your dreams and do what you feel like that this world is calling you to do.”